Childhood Heroes: Is it all right to say my brother (Todd)? He’s a school teacher. Two years older than me. Best human being in the world.

Hobbies/Interests: Play golf. Play with my dogs. Watch movies. Play guitar. Basketball. Reading. Play a little bit of tennis. I’ll play a month at a time but then I won’t play for three years.

Nicknames: Pottsie Webber. Can’t do any better than that for ya [laughs]. Can’t explain it. Don’t even know how it came about.

Musical Tastes: Any kind of acoustic music. A lot of instrumental. Variety of stuff. I like creative artists.

Early Baseball Memory: We were in the state finals, my sophomore year and my brother’s senior year (of high school). We played on the same team and actually I dove for a ball, threw it home – state final game – I threw the ball away and we lost. And I remember after the game, I remember my brother got me out on the field and he gave me a big hug. Right there on the field. We were crying. And that was probably, in retrospect, the best memory in baseball that I have. And probably ever will have.

Pre-Game Feeling: (Think about) what time I need to take a s— [smiles]. It’s coming soon, I can tell that right now. Depending on who’s pitching and how close to the game, if I need to take a second s— [smiles]. Pre-game feelings? I don’t know, I’m not a real big, ritualistic person. I don’t do a lot of the same things all the time. I just try to think about what’s going on and get in the frame of mind as to what needs to be done on the field, who’s pitching, what my approach is. Probably more business-like than anything else.

First Job: Pick up the range at the golf course, cleaning carts. At Jasper Country Club in Jasper, IN (age 15).

Most Painful Moment: I guess I don’t have one right now.

Favorite Athletes To Watch: Kevin Sefcik, played with the Phillies a few years ago. He’s a beauty. I like him. He’s fun to watch. I like to watch him play. I like to watch him get out there. He’s a little scrapper. (NBA?) I don’t follow the NBA a lot. (Hockey?) No. {Football?) No. (Boxing?) Nope. (Tennis?) Actually I was a big Yannick Noah fan back in the day. (Golf?) No. 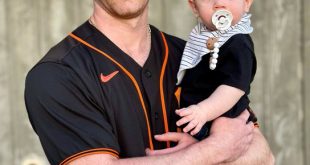 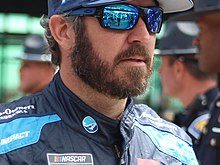 By Scoop Malinowski Status:  Drives the No. 19 Toyota Camry for Joe Gibbs Racing on …