Status: NFL Hall of Fame running back for Cleveland Browns from 1957-1965. Also a successful Hollywood actor for five decades, including a role in the 1967 smash hit ‘The Dirty Dozen.’

Funny Football Memory: “170-pound Pat Fischer picking me up – 230 pounds – and taking me about five yards back and dumping me on my butt and having all the fans at Cleveland laughing at me [smiles].”

Greatest Sports Moment: “Oh, I don’t think in those terms. I don’t know what’s gonna happen tomorrow…I might get three holes-in-one in one day on the golf course [laughs].”

Interesting Fact: “I never missed a game to injury. I went to all my practices. Performed at a consistent level. I retired after nine years (age 29 in ). I didn’t want to stay around and become a utility player or second-stringer.”

Toughest Competitors Encountered: “I would say Sam Huff was the most effective. Dick Butkus one year…played every down in a frenzy. Butkus wasn’t content just to tackle…he’d try to rip out hair, put a helmet through a chest. Ray Nitschke… he murdered on the run. Chuck Bednarik…’Concrete Charlie.'”

Favorite Athletes To Watch: “I always like to watch Mike Tyson fight. Vinny Testaverde – I know his family. To see him play so well is a great joy for me. Venus and Serena Williams. Pete Sampras. Always liked John McEnroe. David Duval, Tiger Woods and Mark O’Meara. To look at a man like Mark who loves Tiger and has been such a balancing friend to him – to see him become PGA Player of the Year last year (1998)…it’s so beautiful to me. Earl Campbell… could go and do 80 yard drives, run over people, run around people, straight-arm them, knock ’em out! I loved him. But for three years I loved John Riggins. I felt when John was with ‘The Hogs’ he was as great as anybody that ever played the game. And Gale Sayers.”

(Note: I did this Biofile with Jim Brown at a Wheaties cereal press conference in NYC in 1999. Before approaching Jim with my Biofile questions I must confess… I have never felt so intimidated and a little worried before an interview that the subject might object to the oddness of my unique questions with some kind of outburst. But Jim turned out to be the exact opposite of my fears. He was a super nice, engaging, friendly guy and he definitely enjoyed the Biofile questions too.) 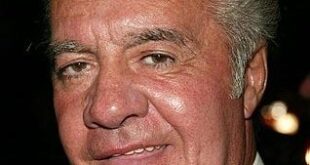 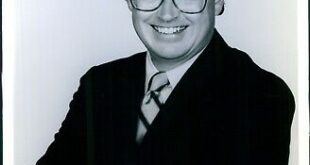 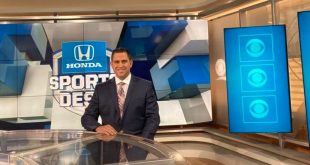