Status: Tampa Bay Lightning captain and center. NHL leader in goals scored in 2010 and 2012. Has played in seven All Star Games.

Hockey Heroes: “My dad’s favorite player was Wendel Clark growing up and I was a big Leaf fan and I really loved watching him play, too. I think, in the modern era, Joe Sakic and Steve Yzerman are two guys I really tried to pattern my game after and really look up to. They’re both great on and off the ice, great leaders.”

Nicknames: “Stammer, that’s it. The abbreviation of the last name, just like everyone else.” (smiles)

Last Book Read: “Hmm. I think it was probably a hockey psychology book, something along those lines.”

First Hockey Memory: “Very early hockey memory – playing in the Edmonton Brick tournament at the West Edmonton Mall- it’s probably the biggest mall in Canada, we had a tournament there when I was nine; and the big peewee Quebec tournament. Those are big, fond memories in my minor hockey days.”

Pre-Game Feeling: “For the most part I’m pretty relaxed. I like to go out there, kick the soccer ball around, not really trying to focus on anything in particular. Feel loose. Then once the game starts, you go into a separate mindset.”

Closest Hockey Friends: “Well, I have a bunch of them. Michael Del Zotto for the Rangers, we’re pretty close. (Alex) Pietrangelo. Mark Katic – my roommate back in Sarnia.”

Funniest Players Encountered: “Mark Katic, he got drafted by the Islanders. Here (in Tampa), probably was Shane O’Brien.”

Toughest Competitors: “Well, it’s tough because there’s a lot of tough competitors in the NHL.”

Funny Hockey Memory: “Well, maybe it wasn’t funny for me. I was going down on a shootout my first year in junior and got to the top of the circle. The puck just went – and this was to win the game – I went to stickhandle the puck and it went right in the corner. I didn’t even get a shot off in the shootout to win it at home. So, it’s pretty funny.”

Most Memorable Goal: “I have no clue. Biggest goal? You stumped me on that one. Trying to think ..I think I had back-to-back game-winners at the end of the season a few years ago.”

Strangest Game: “Maybe in minor hockey. We were down 5-1 in the third period and I think I scored five goals that game to come back and win 6-5. That was in minor hockey, though. When I was playing with the Markham Marks.”

People Qualities Most Admired: “Just have a good personality, a good sense of humor, work hard, loyal, trustworthy. I think those are attributes everyone looks for, whether it’s a friend, your girlfriend, boyfriend, teammate, coaches. Those are pretty good qualities.” 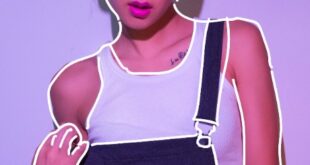