Baseball Heroes:  “I grew up in New York – Mickey Mantle, Allie Reynolds. I was always a Yankee fan. In fact, I think in my first year in the minors with the Orioles, I think I rooted for the Yankees [laughs]! Because I really didn’t know any of the Orioles. And the next year I was in the big leagues playing with Brooks Robinson, Boog Powell, Paul Blair, Frank Robinson. You became an Orioles fan because you’re trying to beat the Yankees, which I was able to do 30 times.”

Childhood Dream:  “Growing up, I always wanted to be a baseball player. And I was very fortunate for it to have happened.”

Nicknames:  “Skinny Pipe Cleaner – from my best friend Frank Brethen, who’s now publisher of Seattle Times. Golden Boy – when I was a fraternity boy at Sigma Chi at Arizona State. Cakes – a derivative of pancakes, because when I pitched I used to eat pancakes and it gave me some success.”

Early Baseball Memory:  “The first memory I have was going to camp in Massachusetts. I went down to watch the big boys play and they needed a catcher. And it’s the only time I ever caught. I was so anxious to become involved in baseball but I didn’t like catching. I was flinching and doing all that kind of stuff. That’s the only time I caught. Then I moved out to California and got involved in Little League. Going to play in Tuella, Utah, just outside Salt Lake City, to play in the Babe Ruth finals. And the kid from Southern California, I was pitching, had a big smile on my face. And by the time I figured out what he was smiling about, I walked like seven straight batters. Which is not a good idea, because it’s single elimination. We went back to Phoenix not smiling. Then, the Major League debut came right here at Yankee Stadium, with the based loaded when I was 19-years-old (1965). Struck out Mantle, Maris and Elston Howard with the bases loaded. And I never threw a grand slam. So it was a pretty memorable afternoon.”

Most Painful Moment:  “The last game of 1982. Robin Yount hit a couple of homers. We had won three in a row – doubleheader on Saturday – to catch the Brewers. I was 15-4. If I won that game, I probably would have won my fourth Cy Young Award. But the bigger picture was we needed to win that day. We only scored two runs after scoring nine, 12 and 13, I think. Don Sutton pitched for the Brewers. I allowed three solo home runs. And we ended up losing and the Orioles didn’t get the chance to go to the World Series and the Brewers did.”

Funny Baseball Memory:  “Rick Dempsey in Fenway Park. Looks like we’re gonna get a rainout on the last day of the season. I’m in the bullpen – because I was gonna pitch the last game. That’s when he put on the uniform with a big stomach like Babe Ruth, pointed to right field, then ran around the bases and did a head-long slide at home plate. And the people just went nuts. Did it twice. I mean, we were crying. It was hysterical. The fact is, it was one of the few home runs Dempsey ever hit in his career [laughs].”

Funniest Players Encountered:  “Moe Drabowsky. Relief pitcher. Was nuts. Put goldfish in the water cooler. Called the other bullpen and said to get Dick Krause up. And Alvin Dark was wondering why his relief pitcher was up getting ready to come in the game. He used to call long distance from the bullpen phone. He was nuts. Hotfoots for everybody.”

Closest Baseball Friends:  “Dave Leonhard. Tim McCarver – we broadcast together. When you’re in the broadcast booth doing major events, you have to trust each other.”

Pre-Game Feeling:  “What you think about before the game is – you’re apprehensive. You don’t know how the game is going to turn out. That’s what makes baseball exciting. Attitude is that you’re prepared, gotten your rest, gotten your running. Know how to pitch these guys. You’ve probably  already not had a good night of sleep. Sat there and probably visualized the game, which is an important part, I think, of being successful in anything, in any sport. So you just can’t wait to get out there. And you don’t know how it’s going to turn out. But then again, that’s one of the charms of baseball. (I) pitched 600 games. If I knew I was going to win most of them, it would have taken a lot of the fun out of it.”

People Qualities Most Admired:  “Honesty and integrity. Forthrightness. People that are able to think before they act, and therefore they can have the impulse control so they can know the consequences of their actions. And some people don’t. Love people that do the right thing.”

(Note: Was very lucky to meet and do this Biofile with Jim Palmer at Yankee Stadium in the mid 90s. It was first published at the MLB.com site.) 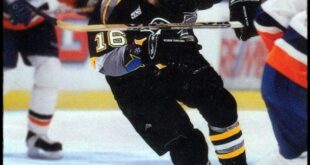 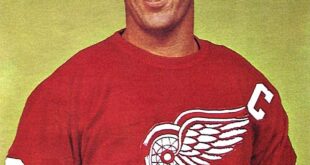