Childhood Heroes: “I can’t say my father (Kenny) can I? Big Graig Nettles fan. And I was always fascinated by the guys who walked the moon.”

Hobbies/Interests: “I’m very diversified. I enjoy music, I enjoy sports – Jets season tickets, play guitar, sing a little bit – sang in showers and l sing a lot in my car [smiles]. Enjoy art – I was a part-time security guard at The Guggenheim. I really like the Cubist movement. My most exposure came from the Impressionists on.”

Favorite TV Shows: “Seinfeld, All in the Family, Star Trek.”

Pre-Work Feeling/Mindset: “Very simple – it’s a job. It’s not a typical job, but still a job. My point is to go in and have an easy day and go home to my wife at night. I want to make sure I get home and see my wife at night.”

Greatest Career Moment: “The day I got promoted from police officer to sargeant (’98). I changed precincts, big change in responsibilities. It was a big change in my life. Little things, I always like if I could help someone and I see the results from my helping someone is always good too.”

Most Painful Moment: “Oh, okay, I think I can tell you this. I would have to say back in 1990. What happend was a husband and a wife were in a lawyer’s office in my old precinct. And they brought their daughters there. They were five and six-years old. To make a long story short, what happened was, in front of the lawyer, the husband pulled out a gun, shot his wife in the head, shot himself in the head…while the two daughters were in the next room. And I had to take the two daughters back to the precinct. I was sitting with the two daughters for a couple of hours. The daughters were originally screaming. One of them was saying, Mommy hit daddy!, mommy hurt daddy! I think that day was one of the hardest. Sitting with the daughters, having them ask me when they were gonna see mommy again. I stayed with the girls a couple of hours. Stayed on my own time. I didn’t really want to leave at that point. And the mother was worse off than the father – they both wound up dying. I think it was the moment the police officer came in the room, standing behind the girls and shook her head, No. Signalling to me the mother had died. We waited for the family members to come. The grandmother I think ended up eventually telling the girls. I never found out what happened to the girls. That was the last I’ve ever heard of it since that night. That was early in my career, and probably one of the hardest nights I’ve dealt with.”

Funny Career Memory: “There was one night I was driving around with my partner in my old precinct in Queens. We were in kind of a secluded street, behind an apartment building next to some railroad tracks. We were parked for a moment. I remember in the grass area in the foyer of the apartment building, we saw a flash go from one tree to another. In winter time. We’re looking. It was dark. We had a spotlight in the car shining it over. We see someone peeking around from behind the tree. Said, Hey what are you doing over there. Get over here. ‘Cause he looked very suspicious. He was hiding behind the tree. So he comes walking out. And he was stark naked!!! Bare-ass naked. And he walks over to the car. We were like, Wow! What the heck is this! It turns out he was a homosexual man who had a fight with his lover and the lover threw him out of the apartment and locked the door on him. We didn’t arrest him, just sent him home. Nothing became of it. That was the story he gave us. We didn’t honestly believe the story. It was obvious that he wasn’t walking in the street to be naked. So we didn’t think that public lewdness or being naked in public would be appropriate to arrest him for. And we really didn’t feel like walking into the station house with a naked man!”

Qualities Important to make a good police officer: “Same three that I just mentioned. And hypocrisy is very bad. You also have to be very level-headed. You have to have common sense and you have to be able to take a lot of garbage from people. I say this a lot: I’ve met a lot of really smart people in my day. The smartest people I’ve ever met in my life are police officers. And the dumbest I’ve ever met are police officers too. When they say they run the gamut, they run the gamut on both. But they take each end to an extreme. I’ve met some police officers that were the stupidest people to walk the face of the earth. And I’ve met some of the smartest people that I’ve ever met, would match up mentally with anybody in the world – are police officers…There are things you just can’t prepare for. If you use that mindset, I think probably you get along the best. I’m doing this 14 years. You always get surprised [laughs]. The story I told you about the girls, you can’t prepare for that. That’s the nature of it. It’s not like a counselor, psychologist, social worker – they sit in an office knowing that they’re going to get this type of family or that messed up family and that. But the difference being, I’m standing here (on W 52nd St.) and I might get something while I’m talking with you. I might get something on the corner. So you kind of have to turn things on very quickly. Then turn them back off again.”

Another Memory: “You know, another story that affected me a lot was – I had to do CPR on a retired cop with a heart attack. I did CPR, someone else did CPR, then the ambulance came and they started working on him. And they took him to the hospital. Now, I’ve always been trained and geared for if there’s another cop involved. That’s not to say it’s not right – but whenever a fellow officer is involved – it tends to escalate the blood pressure a little bit more. It hits close to home. And this one, he was a retired police officer, they took him to the hospital and he ended up dying. After it stopped, I did the one report I was supposed to do. Then the ambulance took him to the hospital and that was it. My partner’s like, Let’s go get dinner. But I’m thinking, Wow, 20 years, I’m gonna retire and – the guy retired six years before – and I’m thinking, I’m gonna live to six years then I’m gonna keel over on a barstool somewhere and that’s gonna be it? That’s all? That blew my mind for about four or five days. That one blew my mind.”

(Note: While waiting outside for a media colleague to enter and report on a pro boxing show in the late 90s in Manhattan, I did a Biofile with this police officer. It’s one of the most interesting Biofiles I ever did. – SM) 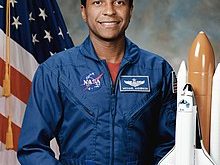 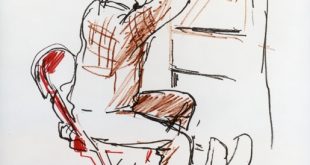 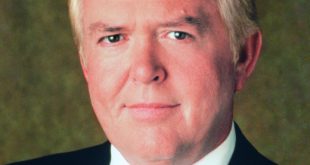